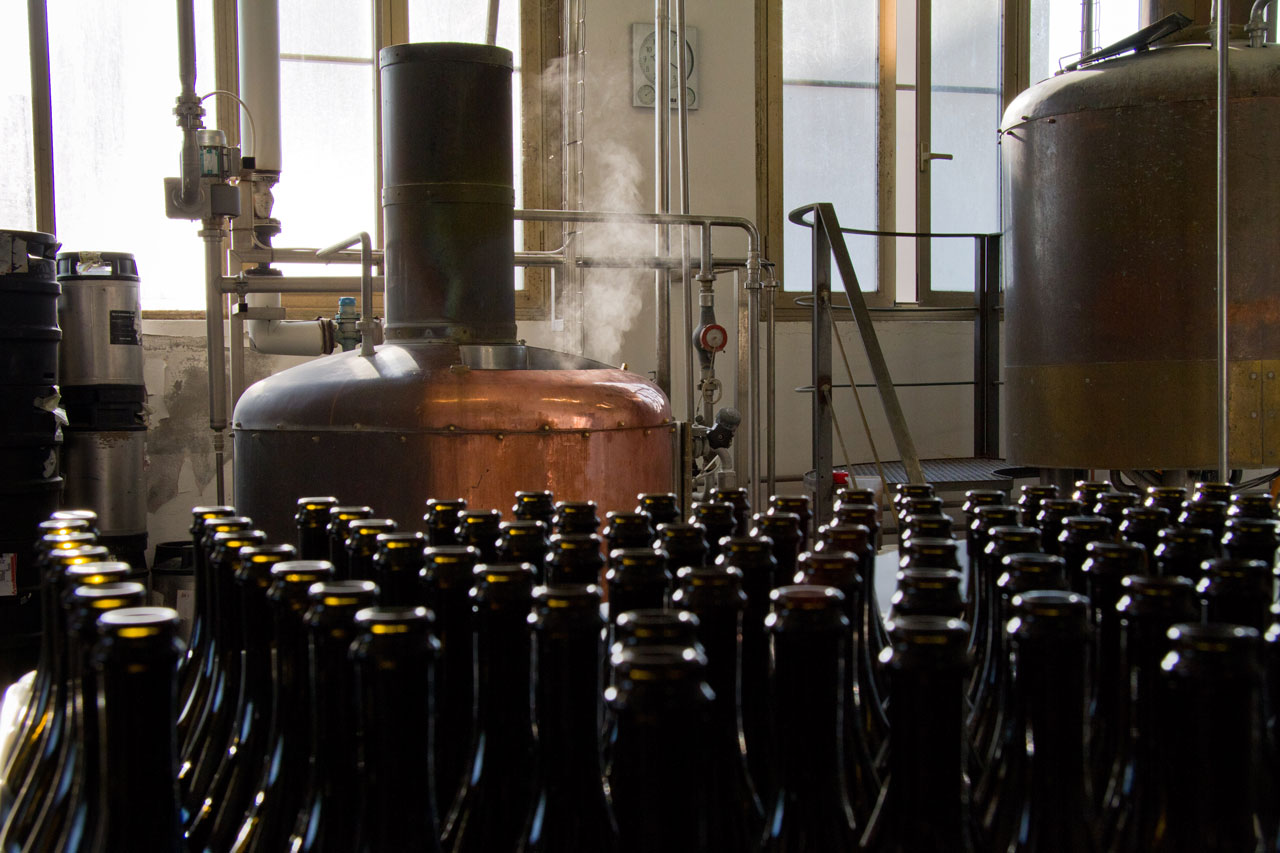 The brewing of craft beer begins in March 2007 in Roncole Verdi, Busseto (PR). The historic production site was transformed into Sour Brewery in 2015, when we transferred the main brewery to the new headquarters in Soragna (PR). Here we produce the main beer lines, through a fully automated system, which includes advanced PLC controls and centrifugal separator. The brewery currently has a 60-hl 5-vessel brewhouse and a total cellar capacity of 1200 hl. 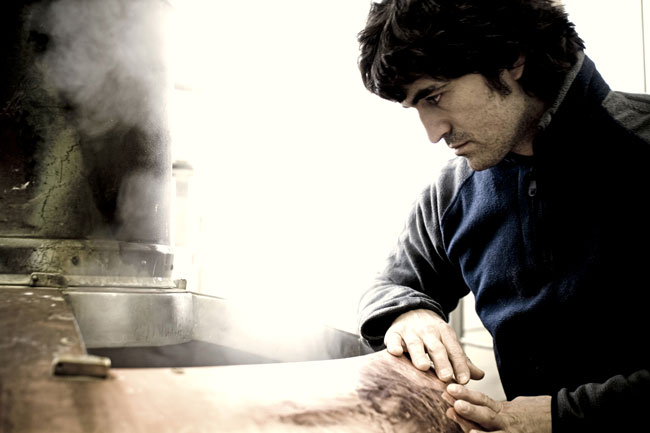 Foundation of the brewery

We started the production in Roncole Verdi, Busseto (Parma), the birthplace of the famous composer Giuseppe Verdi. Giovanni Campari founded Birrificio del Ducato together with two other partners. Giovanni is still the brewmaster of the brewery, which officially began the production of craft beer on March 27th 2007.
0

The classic line of beers, although still evolving, was completed. The distribution began to turn abroad establishing first contacts with United States and Sweden. We won 3 silvers in the national competition birra dell’Anno and we received the first major recognition with a gold medal for Verdi Imperial Stout at the European Beer Star. Thus, Verdi became the first Italian beer to win an international beer competition. The first barrels were purchased and destined to the refinement of one of our great special beers: L’Ultima Luna. 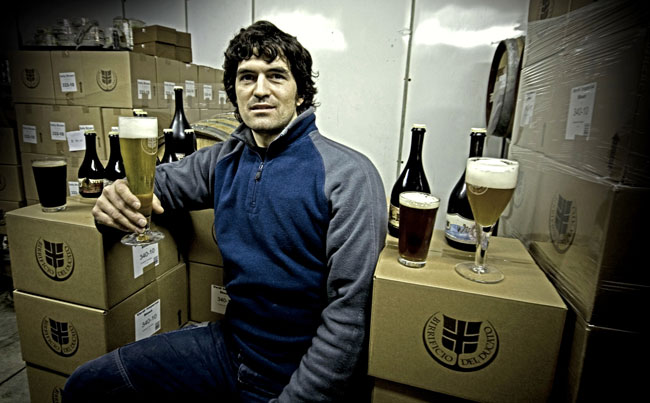 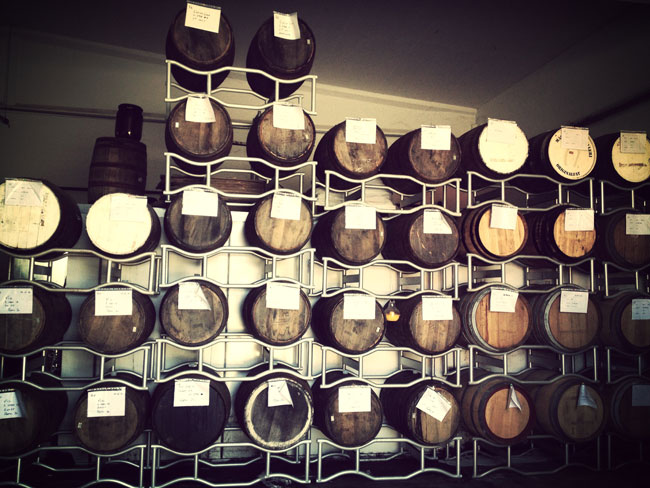 barrels and barriques for beer aging

A special line of beers was added to the classic one. We started exporting to Spain and Denmark. The trade magazines Draft Magazine and Wine Enthusiast included New Morning in the ranking of the 25 best beers in the world. An important medal came also from Stockholm Beer Festival. Our cellar was filled with other barrels, thus reaching about twenty barriques for aging.

a year of success

In 2010 we lived an exciting series of successes: a silver medal for Viaemilia at World Beer Cup; 5 medals at International Beer Challenge; 4 medals at European Beer Star; last but not least, the title of “Brewery of the Year” at Birra dell’Anno competition. Just three years after the start of production, all our beers were awarded with a prize at least in a beer competition. Exports reached Brazil and Japan. We acquired the Starbeer brewery plant based in Fiorenzuola d’Arda (Piacenza). Machete was born and 30 new wooden barrels flock to the ever-closer brewery cellar. 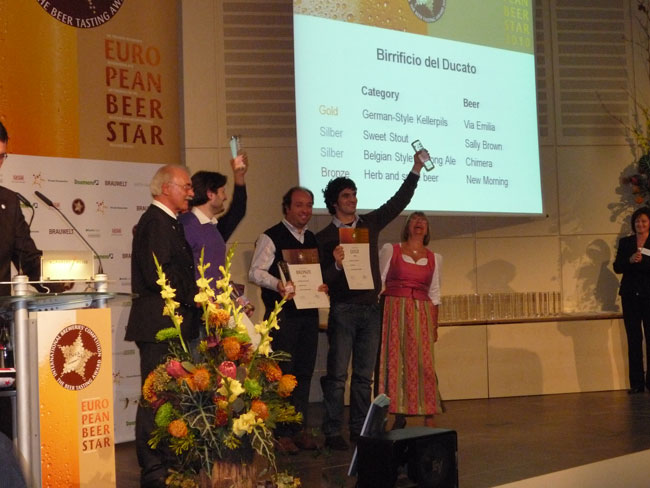 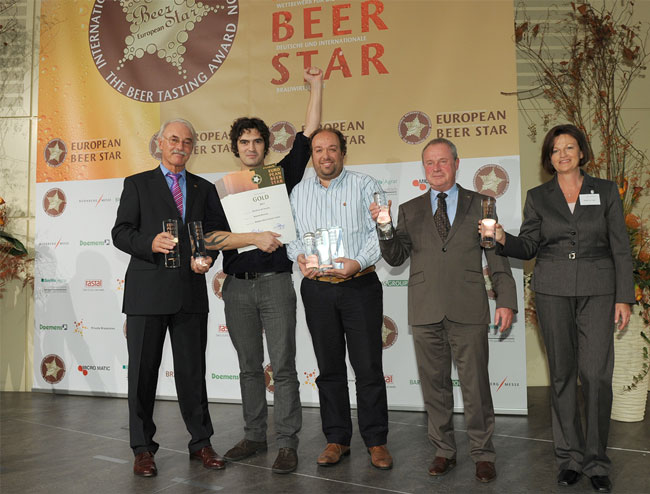 the year of records

At Birra dell’Anno competition we got newly the title of “Brewery of the Year”. Then we won seven medals at European Beer Star, a record still unbeaten in the history of the competition for the number of medals won in a single edition. Export were expanding further, reaching Norway and Canada.

In 2012, we won other awards: 4 medals from Birra dell’Anno competition; a silver medal for Viaemilia at World Beer Cup; a bronze at European Beer Star; Winterlude first place at Italian Craft Beer Championship. We were still growing in export volumes when we started working in the new warehouse. 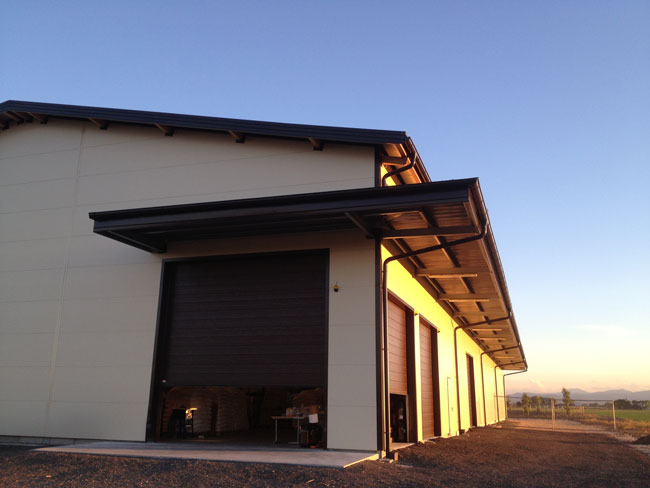 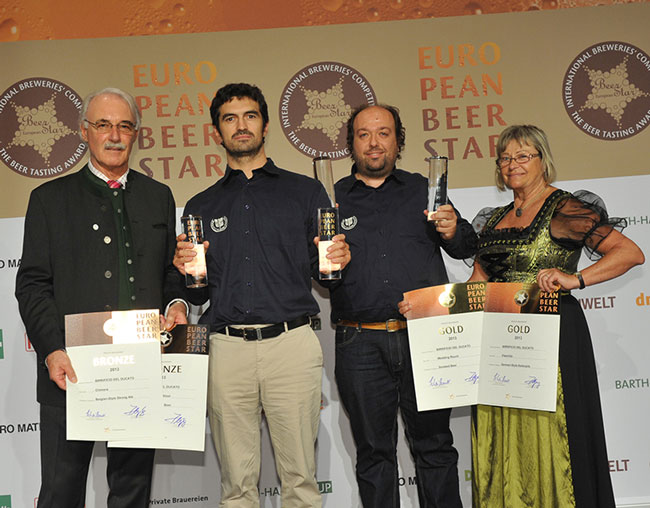 INAUGURATION OF THE NEW HQ

We have inaugurated part of the new headquarters, where the administrative and logistic departments are still operating. The 2013 awards were many and different. Birre dell’Anno awarded us with three bronzes, a silver and a gold for La Luna Rossa. At Brussels Beer Challenge we won two gold medals and a silver one; two gold medals and two Bronzes at European Beer Star. The brewery reached 90 wooden barrels destined for the refining of special beers.

EXPORT to the stars

At Birra dell’Anno we get 5 medals. At World Beer Cup Viaemilia we get the silver medal for the third time in a row, while at European Beer Star we won a Bronze. Much time was devoted to the brewing of sour beers, receiving appreciation for that all over the world. At the end of the year we were exporting 35% of our production to 18 countries. 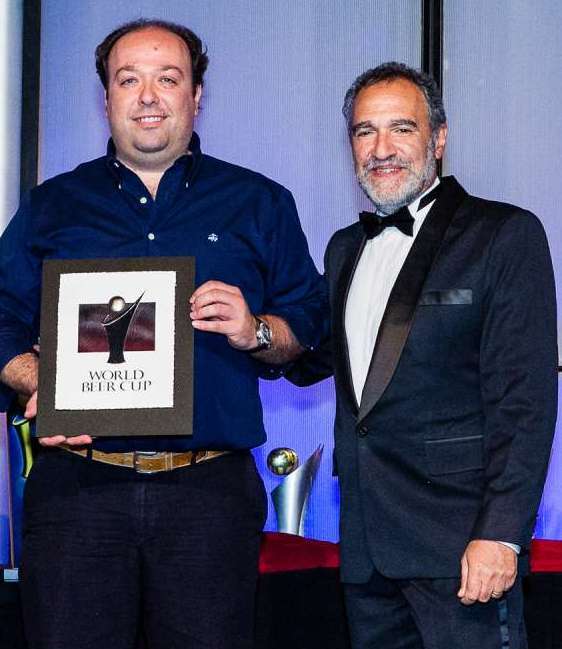 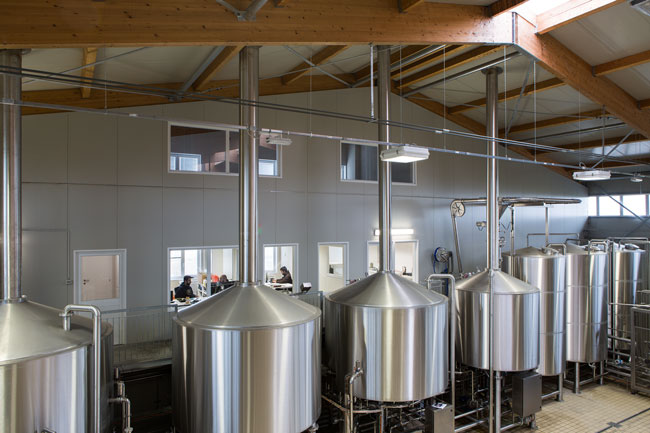 In autumn we started brewing in the new brewery in Soragna. With the new 5-tank 60 hl automatic plant, we have increased the production. From then on, the Roncole Verdi brewery was completely used as Sour brewery.
0

the entry into DUVEL MOORTGAT family

A progressive improvement in the quality of the beers began, resulting from the avant-garde new tools available in the new brewery. We participated in the major fairs, festivals and national and international events. At the end of the year, Duvel Moortgat acquired 35% of the shares of the brewery. 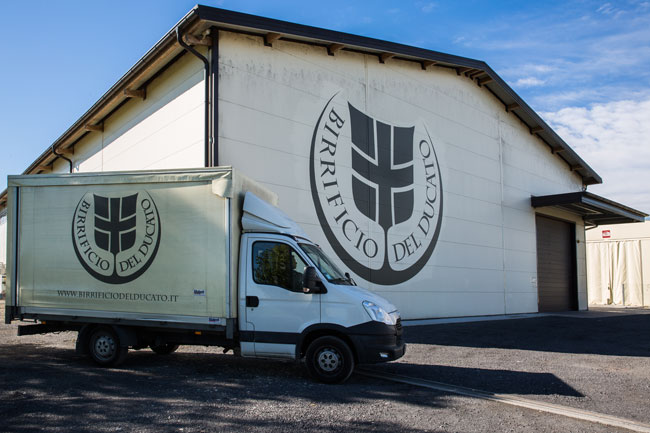 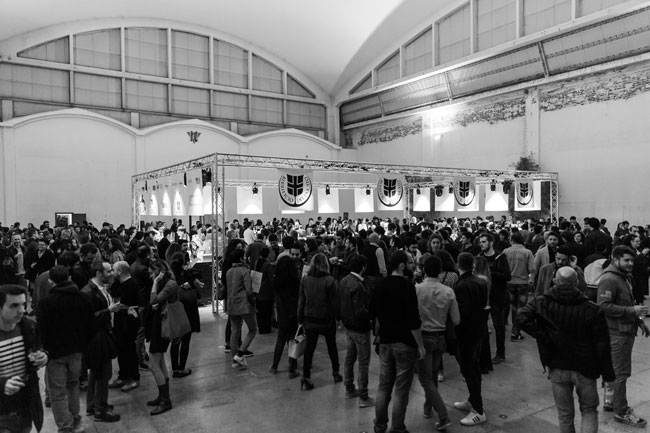 In April we celebrated the tenth anniversary of the brewery’s foundarion by organizing an international craft beer festival in Parma, which was attended by 15 breweries from 11 different countries. In June, the agreement with Duvel Moortgat was publicly announced. The synergy created with such an important group in terms of culture and beer tradition, whose philosophy is based on the quality of beers and people, was carried out to face new financial investments, obtain resources and know-how and expand the market.

a year of changing

Duvel Moortgat acquired 70% of the brewery’s shares, investing its resources in a new laboratory and in a new bottling line, which guarantee the beers a qualitative stability never reached before. At the end of the year, a new line of beers dedicated to the general public was launched: Parma Vecchia. Finally, the brewery shop opened its doors. 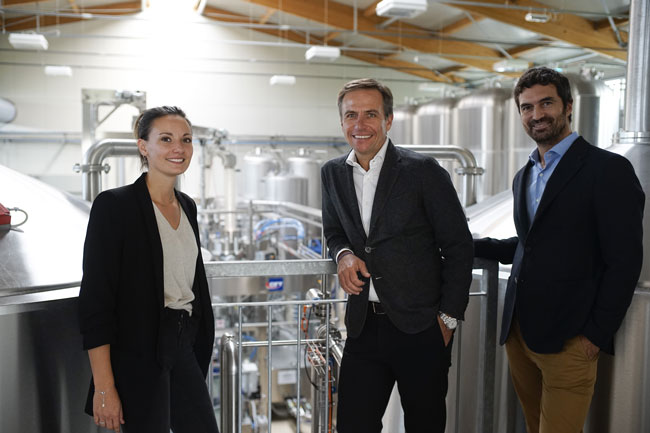 brewery open to all

Thanks to the opening of the brewery shop, we can finally welcome all beer curious and passionate for a monthly appointment that has become usual: the guided tour of the brewery with tasting. In the meantime, we are expanding our sales network, acquiring new important customers in Veneto, Puglia, Sardinia, Lombardy and Emilia-Romagna. Exports also improve reaching new markets, especially in Sweden, Belgium, Holland and France. The GDO range receives important awards in the major beer competitions: Amber wins Gold Medal at European Beer Stars and the prize for Best Italian Beer at World Beer Awards. 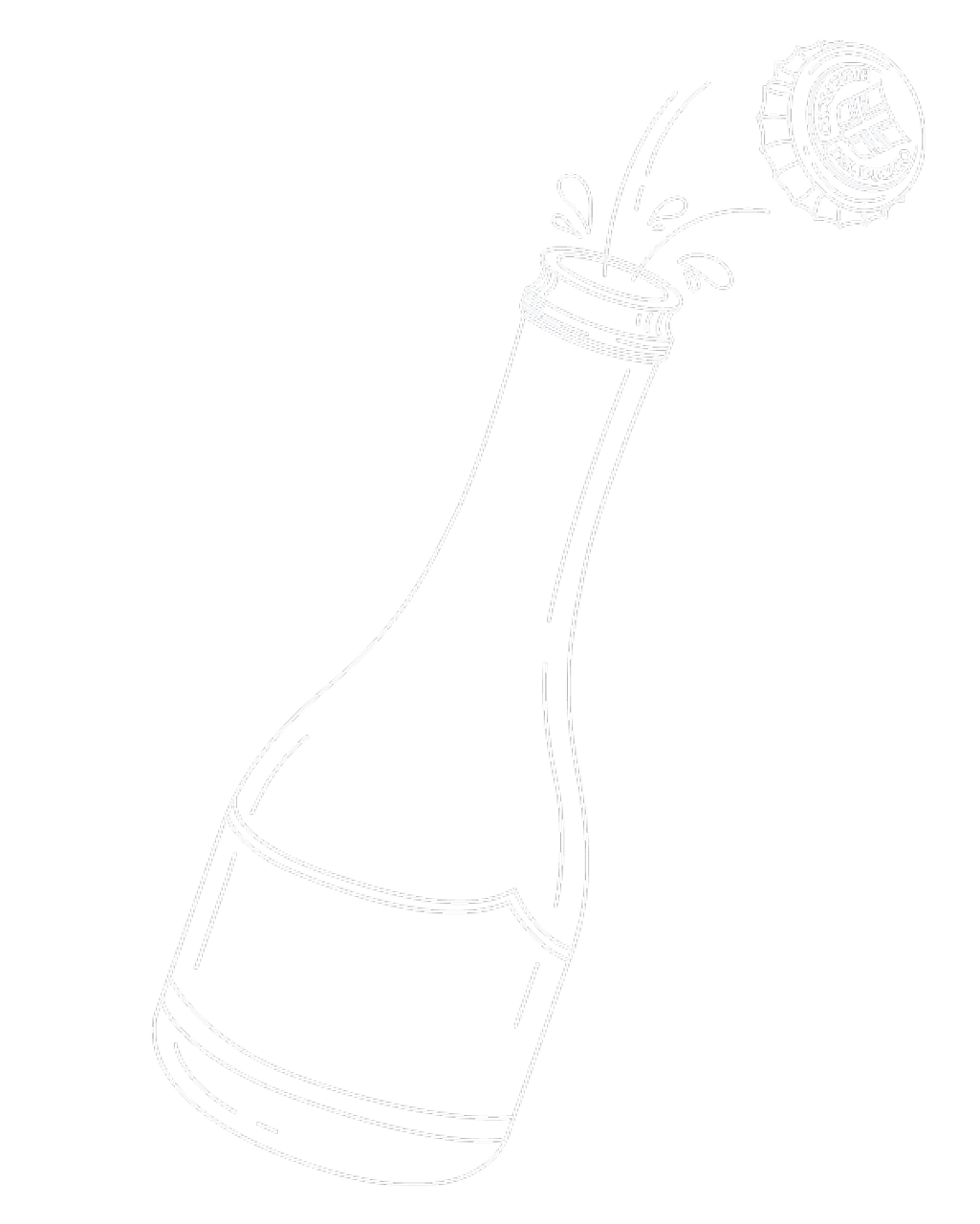 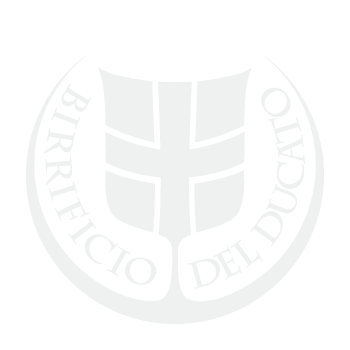 you look so young!

are you old enough to drink beer?