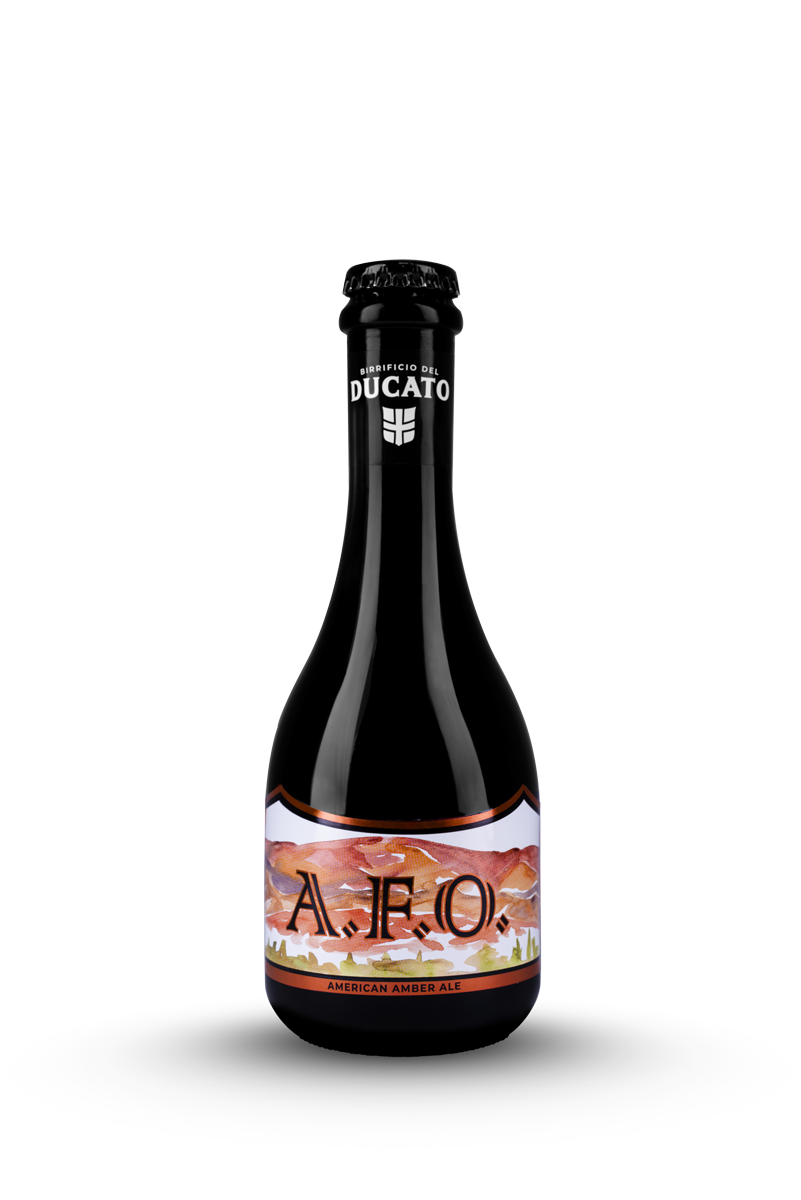 a beer always desired, dedicated to obsessed of ales

Released the same year as Viaemilia at the end of March 2007, A.F.O. was our second creation. The history of this beer dates back to when Giovanni Campari, brewmaster and founder of the brewery, first came into contact with the new and irresistible character of American hops. Back home, he decided to make the Ale of his dreams, which expressed a complex bouquet, fascinating but never usual. He traveled between England and Germany, visiting hop growers and experimenting, carrying out a research into the olfactory territory of hops which finally materialized in the current A.F.O.

Top-fermented beer, a free interpretation of a Pale Ale. Intense coppery in color, it is characterized by generous hopping and delicate toasting notes that balances the bitterness very well.

fall in love with a.f.o.

The nose reveals hints of exotic and citrus fruits accompanied by a light toasted aroma.

A.F.O. is bitter but the contribution of caramelized and sweet malts make it a high balanced beer.

It pairs perfectly with red grilled meats and cheeses like Parmigiano Reggiano.

A beer with a complex, fascinating and never usual bouquet.